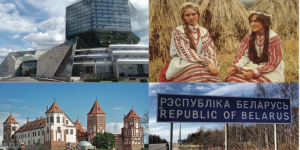 The 4th Annual Belarusian Studies in the 21st Century will take place 29-30 March 2019 at the School of Slavonic and East European Studies (SSEES) and at Francis Skaryna Belarusian Library and Museum in London.

This year, the Annual London Lecture on Belarusian Studies will be delivered at 6 pm on 29 March 2019 by Anaïs Marin (France), Special Rapporteur on the Situation of Human Rights in Belarus. The topic of the lecture is Belarusian nationalism in the 2010s, a case of anti-colonialism? Origins, features and outcomes of ongoing ‘Soft Belarusianisation.’

A wine reception sponsored by the Anglo-Belarusian Society will follow the event.

Prior registration is essential. To register for the event please click here.

The Anglo-Belarusian Society cordially invites its members and friends to join a celebration of its 65th Anniversary, organised with the participation of the Association of Belarusians in Great Britain.

On Saturday, 16 March 2019 an Annual General Meeting of the Anglo-Belarusian Society will be held at 2pm at 52 Penn Road, London N7 9RR and will be followed by the special guest appearance of a well-known musician and singer Zmicier Vaiciushkevich.

The concert will start at 3:30 pm and will be followed by refreshments.  END_OF_DOCUMENT_TOKEN_TO_BE_REPLACED 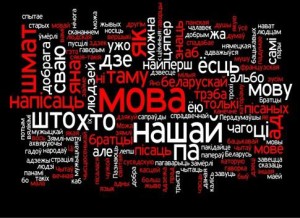 The Anglo-Belarusian Society cordially invites its members and friends to join our annual Mother Language Day celebration organised with the participation of the Francis Skaryna Belarusian Library and Museum.

The event was inaugurated by the late Vera Rich to mark UNESCO Mother Language Day and involves poetry reading in all languages particularly Belarusian and English. 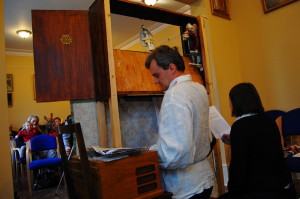 All members and friends of the Belarusian community in Britain are cordially invited to the traditional Kaliady (Christmas) celebration organised by the Anglo-Belarusian Society on Saturday 20 December 2014, 2pm at St Cyril’s Belarusian Religious and Cultural Centre (Marian House, Holden Avenue, London N12 8HY).

There will be the traditional, well-loved Batlejka (Belarusian Christmas puppet show) led by Paval Šaǔcoǔ. This will be followed by a short theatrical Nativity play with participation of the children attending St Cyril’s Sunday School.

Saint Nicholas will be giving out presents, so please, if you are coming with children, make sure to have a present prepared for each child and hand it over to Paval before the performance. END_OF_DOCUMENT_TOKEN_TO_BE_REPLACED 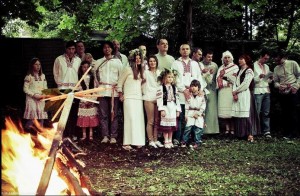 The Anglo-Belarusian Society invites its members and friends to the traditional Kupalle (Midsummer) celebration in the garden of The Belarusian House, 52 Penn Road, London N7 9RE on 30 June 2018, 4pm-10pm.

Please assist us if possible by bringing along flower-crowns and wearing Belarusian costumes. The use of the Belarusian language will be encouraged!

END_OF_DOCUMENT_TOKEN_TO_BE_REPLACED 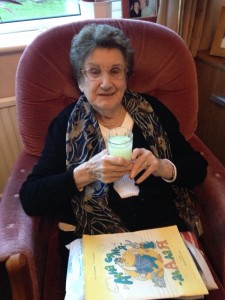 The Anglo Belarusian Society announces with sadness the passing of Joan Dzjeika on 19th January 2018.

Joan was one of the stalwarts of the Anglo-Belarusian Society, who almost always attended every session of the lecture series that were held in the 60s and 70s. Without her, there would not have been the marvellous food that she so generously supplied, and so there would have been no opportunity for the spirit of togetherness to flourish as it did after the lectures. In the 90s and into the 2000s, Joan was a quietly efficient treasurer of the Society.

Her husband Siarhiej, originally from Baranavichy in Belarus was always in attendance at lectures along with Joan. For several years he served on the Council of the Society.

Joan was born to Florence and Albert Duke on 8th August 1922 in Camberwell. She was the fourth of five children – Len, Ted, Patrick, then Joan and Gwen. Sadly, Joan was the last surviving sibling. The family were brought up in Camberwell at first and then later moved to Tottenham. Albert was a milkman with a traditional horse and cart. END_OF_DOCUMENT_TOKEN_TO_BE_REPLACED 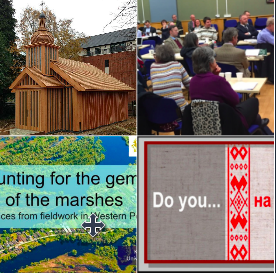 he Annual General Meeting of the Anglo-Belarusian Society will be held on Saturday, 10 March 2018 at 2.00 pm at the Belarusian Religious and Cultural Centre (Marian House, Holden Avenue, London N12 8HS).  All members and supporters are invited to attend.

At 3 pm it will be followed by Mother Language Day Celebration, which will feature a talk by Kristian Roncero Toledo: “Hunting for the gem of the marshes: experiences from fieldwork in Western Polesie” as well as activities for adults and children.

Read the full programme as well as the bio of Kristian here.

The conference will feature scholars of Belarusian studies from the United Kingdom, Belarus, Germany, Sweden, Finland, Canada and other countries. END_OF_DOCUMENT_TOKEN_TO_BE_REPLACED